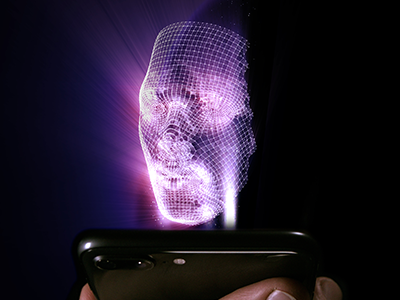 DST’s ground-breaking research into facial biometrics could be a vital tool in the fight to stop human trafficking, missing and exploited children, child soldiers and radicalised minors.

Biometrics refers to the physical characteristics that can be used to identify an individual, whether it’s the face, fingerprints, iris, or DNA. This data can be a useful tool for Defence and national security purposes.

The issue with conventional facial biometrics systems is that they are not as effective when it comes to the facial recognition of children, due to the significant changes that occur to a child’s face as the child gets older. When you consider high profile missing children cases such as Madeline McCann and William Tyrell, it’s easy to see how a facial recognition system that can allow for changes in a child’s face would be invaluable in the search for these children and others like them.

DST’s Dr Dana Michalski is conducting pioneering research into the facial recognition of children. She’s leading a team of DST scientists in a new international initiative that focuses on using digital forensics to combat child exploitation.

The problem so far has been a lack of knowledge about exactly how biometric identification of children differs from that of adults, and what impact this has on the performance of biometric recognition systems.

When Dr Michalski joined DST’s biometrics team in 2011, she realised that there was a shortage of research into the biometric identification of children. Her research began after exhaustive consultations with a number of government agencies, including the Australian Federal Police, Department of Foreign Affairs and Trade, the Department of Home Affairs and its agencies, the US Department of Homeland Security, and the National Center for Missing and Exploited Children in the USA.

Dr Michalski found that commercial facial recognition system vendors were focused on developing systems for use on adult faces, not children, and that this led to issues when the systems were faced with identifying a child who had aged.

The facial features of children are less distinguishing, and therefore the systems are far less effective for identifying minors. Add to this the problem of rapid changes due to ageing, and it was clear that commercially available facial recognition systems were just not up to the job of identifying children.

Dr Michalski’s study focused on the performance of algorithms and facial recognition practitioners when identifying children from age zero to 17, using two images taken up to 10 years apart. She evaluated a number of world-leading facial recognition systems, using huge data sets of images of children provided by government agencies. This enabled her to map the performance of the systems across childhood, something that has never been done before.

In addition to comparing commercial algorithms, Dr Michalski used 120 experienced practitioners (the largest number ever involved in a study like this) who manually compared a combined total of 23,760 different image pairs and stated whether they believed the images were of the same child or not.

The research has provided valuable insights into how well the systems perform, as well as the performance of the human practitioners who undertake this work for government agencies. The team found that correct identification of children decreased when the initial image was taken at a young age and the age gap to the second image increased, because of the more significant facial changes in the child. The results for practitioner accuracy showed a similar trend, with performance decreasing as the age gap increases.

The key takeaways from Dr Michalski’s research are that the facial recognition systems currently in place can be significantly improved, and that facial recognition practitioners should be trained specifically in the changes that take place in children’s faces.

Dr Michalski’s work has since received international attention from governments and private companies and the team is now working on developing new algorithms to improve the performance of the facial recognition systems.

DST has now established a research program which specifically focuses on the identification and classification of children. As part of this work, Martyn Hole from the biometrics team developed DST’s own algorithm which is delivering results that are equal to or better than the commercially available systems.

Dr Michalski’s team is now training the algorithm, which uses ‘deep learning’ to improve its performance, on ground truth datasets specific to her client government agencies.

But it doesn’t end there. In addition to the facial recognition algorithm, Dr Michalski’s team is also developing an age-estimation algorithm. This algorithm will assist government agencies in a number of ways, for example, during refugee processing, where different processes apply to minors and adults. The development of this algorithm will link in with a study by University of Adelaide Honours students at DST Edinburgh which is evaluating age-estimation judgements by humans, and looking at how these different techniques compare and can be improved.

DST will keep you posted on how this exciting research progresses.

Keep up-to-date with Australian-led defence science by following us @DefenceScience on Twitter, or download the DST App from Google Play or the App Store.

This podcast is a production of Defence Science and Technology, part of Australia's Department of Defence.