Podcast | Cognitive ergonomics to the fore at work and war 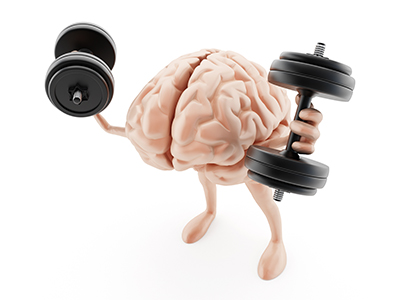 Caffeine-infused chewing gum and cognitive gymnasiums are part of fascinating Defence Science and Technology research that’s training defence force personnel to think clearly and act decisively under extreme conditions. Called cognitive ergonomics, the program straddles performance psychology and neuroscience, the two disciplines that are also behind the next generation of unmanned military systems. However, the research also has the potential to reduce the risk of accidents for long-haul truckies and other Australians who work extended or odd hours in challenging conditions.

Cognitive ergonomics to the fore at work and war

Alison Caldwell: If you start your day with a cup of coffee, you’ll know that heady moment.

But, you might be surprised to learn the initial burst of bliss is purely psychological. It takes at least 30 minutes to absorb the caffeine which stimulates brain function and kick-starts your day.

Caffeine works more rapidly when it bypasses the digestive system and enters the blood stream by more direct means, such as caffeine-infused chewing gum. A 100 milligram dose begins working in around 10 minutes and the stimulating effect can last for up to one and half hours.

However, it wasn’t until caffeine-infused chewing gum was used in a study conducted by a DST team that a startling – and previously unknown – effect came to light.

The study was conducted over 50 sleepless hours and involved testing the driving skills of a group of young, healthy adults during fifteen 40-minute spells behind the wheel of driving simulators in a sleep lab. Each wore spectacle-mounted infra-red blink sensors to monitor their drowsiness.

Half the group chewed pieces of mint-flavoured gum containing 200 milligrams of caffeine, while others were given mint gum with no caffeine. The double-blind study meant no-one – not even the researchers – knew who got the regular gum and who got the caffeine-infused variety.

When the researchers analysed the results they found those chewing the caffeinated gum were only slightly less drowsy than those using normal gum. However, the caffeine significantly reduced driving errors, such as erratic acceleration, veering off the road, or crossing into the opposite lane.

While the placebo group’s error rate was closely aligned to their drowsiness, the caffeine group’s errors were surprisingly low – irrespective of how drowsy they became over the 50 hours. New data from the study was reported at a 2017 Defence Human Sciences Symposium and provided more insights into the cognitive performance of the placebo gum-chewing drivers, ranging from lapses in vigilance to failures of impulse control.

More research is needed, but the driving study’s findings show the potential for caffeine-infused gum to help Australia’s Defence Force personnel think clearly and avoid potentially disastrous accidents when fighting the debilitating effects of sleep loss or fatigue. The study also has obvious implications for anyone who works at night or must stay awake for extended periods, such as long-haul truckies, emergency services personnel, and night shift workers – especially those who operate heavy machinery.

Keeping drivers and plant operators awake has become increasingly high-tech, most notably in the mining sector. Cameras which were routinely mounted in the cabins of the monster pit trucks and excavators can now be incorporated into the frames of glasses that drivers wear. A skilled observer uses computer programs to monitor eye movement for signs of tiredness and sounds an alert if fatigue sets in.

But, blink monitors and chewing gum are just the tip of an iceberg of far-reaching research into the fascinating field of cognitive ergonomics conducted by Dr Eugene Aidman and his team from DST, partnered with national and international collaborators.

So, what is cognitive ergonomics? It’s the discipline which deals with human mental processes like perception, attention, reasoning and decision making – particularly as they relate to the interaction between people and machinery in the workplace.

Given the ADF’s increasing use of high-tech equipment like robots and drones, finding ways to better harness the principles of cognitive ergonomics has become a priority for Defence. Improving human performance was listed as a priority in the latest Defence White Paper, sentiments echoed more recently by the Chief of Army.

The Army admits, in the past, it’s been very good at training our fighting men and women from the neck down. But, it is now looking more closely above the collar and sees enormous potential in using cognitive and neuro-science. Not only to enhance the psychological fitness and resilience of soldiers during training or operations, but in selecting recruits as well.

Just how trainable are these cognitive attributes and to what extent can they be learned? Finding answers to those questions is helping to redefine protocols for identifying new recruits who can remain vigilant for longer periods, supported by wearable technologies, food supplements, and other fatigue countermeasures. The Army is piloting a number of Human Performance Centres incorporating Cognitive Gyms, these are at the forefront in developing protocols and interventions which will improve soldiers’ cognitive abilities.

The research is exploring ways to help soldiers think clearly under stress, block out distractions, better manage their energy levels, and be more adept at interpreting battlefield situations. They’re also learning techniques to help them overcome the effects of sleep loss, pain, fatigue, and monotony. In short, to be more effective at making clear-headed decisions when lives could be on the line.

The research is also helping in the development of smarter unmanned systems which can sense when an operator is tired or distracted. Sensors can be embedded in a helmet which can detect that the wearer’s ability to operate the system has been compromised. Real time feedback can alert the soldier or put the unmanned system on autopilot so it completes the programmed task with less human intervention.

Prototypes are already being developed and working systems with at least some of these futuristic elements already exist. The Air Traffic Control system at Singapore’s Changi Airport already employs the so-called Virtual Assistants & Persistent Sentinels (VAPS) software, which is capable of adjusting the level of decision-making support available to air traffic controllers.

Dr Aidman’s team at DST has developed an international reputation for high-quality end user-driven cognitive research, which has attracted premier research partners such as the Walter Reed Army Institute of Research in America, Singapore’s Defence Science and Technology Agency, and a slew of Australian university and industry collaborators.

DST is looking to secure local commercial and academic collaborations to take advantage of new and emerging cognitive training technologies which can be scaled up to supplement existing Army training progams.

Developing partnerships to expand the untapped potential of cognitive ergonomics is just one way Defence Science and Technology is redefining the military landscape. It’s also a great example of how defence science is having a positive impact on the performance of Australians in high-risk and high-stakes occupations.

Something to ponder as you enjoy your next cognitive-enhancing cup of coffee.

Clearly, the work of Dr Aidman and his team in the field of cognitive ergonomics has much to offer ADF personnel and civilians alike. To keep up-to-date with this and other amazing developments in Australian defence science, follow us @DefenceScience on Twitter, or download the DST App from Google Play or the App Store.

That’s all for now. Please listen in again.