Podcast | The effects of caffeine on performance 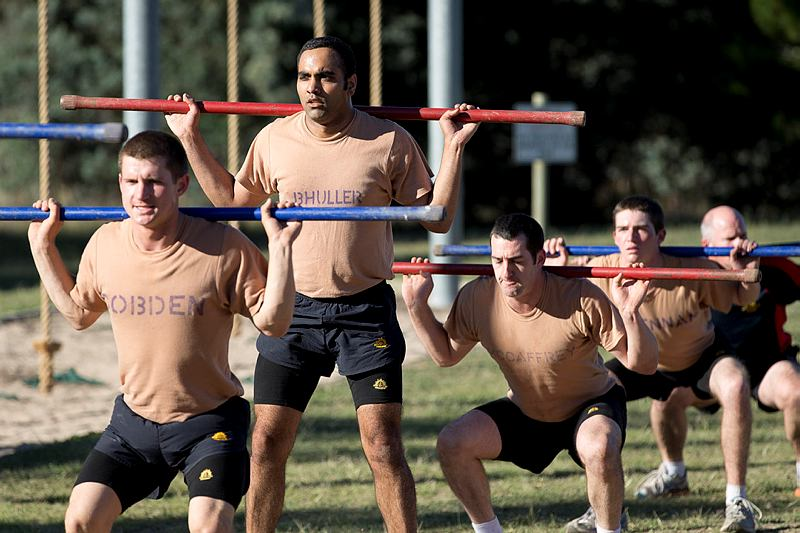 Can caffeine really enhance your physical or cognitive performance?

Chris Forbes-Ewan delves deeper into his research relating to caffeine and discusses some of implications consumption may have on performance.

Colin Blair: Many of us struggle to function before our morning coffee but does caffeine really have the potential to significantly enhance our ability to perform physically?

Chris Forbes-Ewan is a nutrition expert, who has had more than 25 years’ experience as a Defence nutritionist. He has conducted extensive research on the nutritional requirements of soldiers across a wide range of military occupations. For nearly two decades Chris has also represented Australia on international technical panels aimed at improving the health, nutritional status and military performance of troops.

Chris Forbes-Ewan: Caffeine has the potential to substantially enhance both physical and cognitive (that is, mental) performance, although there is some controversy about its effectiveness in relation to cognitive performance, as I’ll describe later.

With respect to physical performance, it has been established that even relatively small doses of caffeine (such as 1.0–1.5 mg of caffeine per kilogram body weight) can improve endurance performance (that is, exert an ergogenic effect) by about three percent. This would be enough, for example, to shave about five minutes off the time taken by an elite distance runner to complete a marathon—an improvement that could mean the difference between winning an Olympic gold medal and being an ‘also-ran’.

Until a decade or so ago, it was believed that doses of about 6 mg of caffeine per kilogram body weight were required to achieve a substantial ergogenic effect. As a result, and in the interests of ‘fair play’, high intakes of caffeine were banned by the International Olympic Committee. Based on the recent finding that even small doses of caffeine are ergogenic—and that very high doses may actually adversely affect performance rather than boost it—this ban was lifted in 2004.

So how does caffeine boost physical performance?

There are at least three possible mechanisms for caffeine’s ergogenic effects. First, caffeine is believed to move the active muscles’ metabolism away from carbohydrate and towards fat. Because carbohydrate is the muscles’ preferred fuel for vigorous activity, this ‘sparing’ of carbohydrate means there will be more carbohydrate available when it is needed towards the end of the race, so the athlete can keep performing at a high level for longer compared to the situation where caffeine hasn’t been consumed.

But caffeine doesn’t just improve endurance performance—it also has ergogenic effects on short-term activities such as middle-distance running, and ‘stop-start’ sports such as soccer and tennis. Endurance isn’t a major factor in these activities, so caffeine must have beneficial effects in addition to carbohydrate-sparing.

It also appears that caffeine may increase muscular power by releasing calcium that is stored in muscle. Calcium release in the muscle is an essential step in the process of muscular contraction, so enhancing calcium release may also partly account for caffeine’s effectiveness.

So what are appropriate sources of caffeine for athletes?

Tea, coffee, cola drinks and energy drinks all provide caffeine. However, energy drinks are probably the most appropriate source because they provide a more consistent quantity of caffeine than tea or coffee, so they allow athletes to consume the dose of caffeine they are aiming for. Also, coffee and tea don’t just contain caffeine—there are many other bioactive substances in these beverages that may affect performance, some of which may even have adverse effects.

So how much caffeine is appropriate for an optimal ergogenic effect?

However, athletes who do not normally consume caffeine-containing foods or beverages may experience adverse side effects if they use caffeine as an aid to physical performance, so they should experiment with caffeine several times in training before deciding whether it would be appropriate to use it in competition.

It used to be thought that caffeine is a diuretic—that is, it promotes urine production and therefore leads to dehydration. This is no longer believed to be correct, at least for people who are habituated to caffeine. So the athlete who is used to caffeine and takes two or three energy drinks to boost physical performance can be confident that he or she will not become dehydrated as a result.

Caffeine is also widely believed to enhance many aspects of cognitive (or mental) performance. When consumed in doses of about 200 milligrams—the quantity found in a couple of cups of fairly strong coffee or 2.5 cans of typical energy drink—caffeine has repeatedly been reported to lead to quicker reactions, increased vigilance and alertness, elevated mood, improvements in activities such as typing (greater typing speed with fewer mistakes) and other aspects involving brain function. For example, many long-distance truck drivers use caffeine to assist in alertness and wakefulness, especially when driving overnight. Similarly, many nightwatchmen, shift workers on night shift, students ‘cramming’ for exams and other people who need to maintain vigilance during a period when they would normally be asleep are convinced that caffeine assists in keeping them awake and alert.

Caffeine has been shown to enhance vital aspects of military cognitive performance too. In 2001 the United States Committee on Military Nutrition Research concluded that doses of caffeine in the range 100–600 milligrams can maintain vigilance and alertness in sleep-deprived troops. The US Army now uses a commercially available caffeinated chewing gum called ‘Stay Alert’ in one of its combat rations, the First Strike Ration. This ration is issued to soldiers who are expected to take part in high intensity operations of up to 72 hours with minimal sleep. Stay Alert gum contains 100 milligrams of caffeine per stick and there are five sticks in the First Strike Ration.

I should point out that not all researchers are convinced that caffeine raises cognitive performance above the normal level. A small minority believe that taking caffeine will simply overcome the drop in performance that results from caffeine withdrawal in people who are habituated to daily intake of caffeine. The conclusion they have come to is that studies involving short-term withdrawal from caffeine have simply revealed that subsequent caffeine administration then brings cognitive performance and mood back to the normal level by overcoming symptoms of caffeine withdrawal.

However, from military studies I am familiar with, and which have been published in the open literature, I believe there is little room for doubt that caffeine can greatly enhance at least some aspects of cognitive performance, particularly following sleep deprivation, as described earlier in this presentation.

In summary, in moderate doses caffeine has beneficial effects on performance for a wide range of physical activities, and is very likely an aid to some aspects of cognitive performance too.

Colin Blair: Points to ponder there from Chris.

With all the caffeine you’ve been consuming you’ve probably got some extra time to check out the latest in Australian defence science by following us @DefenceScience on Twitter, or download the DST App from Google Play or the App Store.