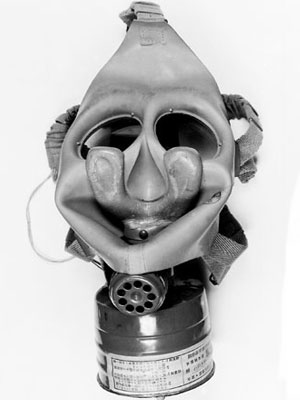 From 1924 to 1944, research into the manufacture of respirators became a priority for the Australian government with World War I experiences of gas warfare a vivid memory.

This was an early example of Australia’s push for independence in manufacture of defence materiel.

In 1924, the Munitions Supply Laboratories (MSL) were charged with acquiring the necessary knowledge to protect Australian civilian and military personnel from gas warfare. The Chemical Defence Section of MSL was established in 1926, in conjunction with the University of Melbourne and became involved in the assembly and production of respirators. In 1927, a chemist at the Laboratory was sent to England so that techniques and organisation of respirator production could be studied and, on his return, set up a Chemical Defence Section within the MSL.

In 1930, the Chemical Defence Section initiated an assembly of service pattern respirators,with parts initially sourced from England and China. The impetus to research, modify and develop an Australian respirator resulted from the poor supply of suitable material in Australia and lack of appropriate machinery.

For example, feather down, previously imported from China, was replaced with merino wool; and, to offer increased protection against arsine gas; the standard charcoal absorbers were modified by the impregnation of silver. Rubbers, textiles, webbing and the making of hardened glass eyepieces were subjected to testing. This process had not been attempted in Australia before.