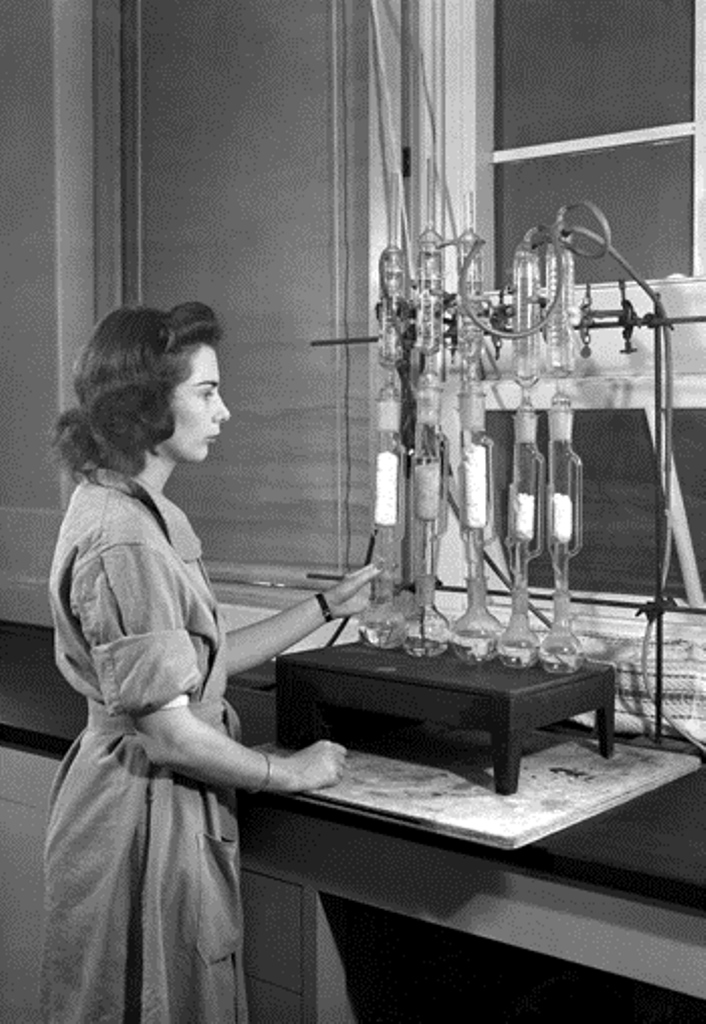 During the 1930s and 1940s, the Munitions Supply Laboratories (MSL), played a major role in pioneering the optical glass industry in Australia.

In 1938, MSL began to establish glass-making facilities to manufacture lens assemblies. It was the only organisation in Australia possessing any skills in optical technology at the outbreak of World War II. Prior to this time, any optical equipment needed to provide optical sighting for defence weapons manufactured in Australia had been imported from Britain. Supplies from Britain ceased with the collapse of France, and Australia found itself in dire circumstances with regard to providing optics for its expanding war-time munitions manufacture.

At the time, Australia had no optical equipment manufacturing industry or any local supply of optical quality glass, apart from the work being undertaken at MSL. In 1940, the Optical Munitions Panel was established to assist in creating an optics industry, which included members of the MSL. E.L. Sayce, J.H. (Jim) Frost, N.A. Esserman and J.J. McNeil of MSL, were all integral to MSL involvement in the optics industry.

Despite enormous challenges, the Australian optical industry was established by the Optical Instruments and Munitions Panel through the collaboration of MSL, the Universities of Melbourne, Sydney, Adelaide, Hobart and Western Australia, and the Commonwealth Solar Observatory.

In all, 43 different types of optical instruments (numbering more than 26,000 individual objects) were made for the war effort in Australia. At war’s end, the government decided that an optical industry was not viable and withdrew its support despite the enormous industrial and scientific successes. However, the skills acquired by staff at MSL provided a foundation for continuing metrology work, as well as for the optical work associated with the Anglo-Australia Joint Project in South Australia and for important work associated with laser research in the 1960s.