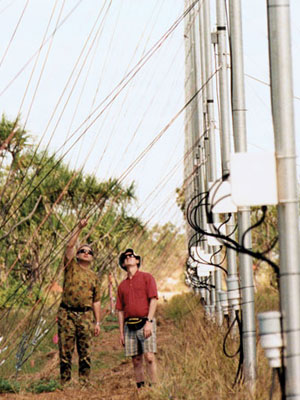 The High Frequency Surface Wave Radar is a surveillance tool primarily developed for maritime coastal areas with detection and tracking capability for air and sea targets up to 300 km away. It can detect vessels and low flying aircraft beyond the visible horizon, unlike conventional radars that are limited to line of sight.

In 1998, advanced trials of this radar technology were conducted outside Darwin under the name of Project Iluka (meaning ‘by the sea’). The trials were a collaborative exercise between DST and Telstra Advanced Technologies.

The technology was further developed by Daronmont Technologies as Surface-wave Extended Coastal Area Radar (SECAR) and has been formally accepted by the Australian Government for trial.