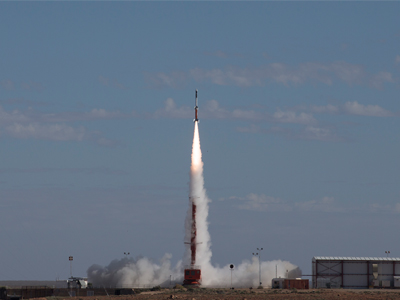 DST Group and the US Air Force Research Laboratory completed an experimental hypersonic flight out of the Woomera Test Range in South Australia.

The DST Group and the US Air Force Research Laboratory (USAFRL) today successfully completed an experimental hypersonic flight out of the Woomera Test Range in South Australia.

The experimental rocket reached an apogee of 278 km, achieving the targeted speed of Mach 7.5 (seven and a half times the speed of sound).

The HIFiRE 5b flight was undertaken as part of a joint research effort called the Hypersonic International Flight Research Experimentation Program (HIFiRE) being conducted by DST and the USAFRL with Boeing and the University of Queensland providing expert technical design and analysis.

Chief Defence Scientist Dr Alex Zelinsky congratulated the international hypersonics  team, saying  the success of this test launch takes us one step closer to the realisation of hypersonic flight.

“It is a game-changing technology identified in the 2016 Defence White Paper and could revolutionise global air travel, providing cost-effective access to space,” Dr Zelinsky said.

The program is aimed at exploring the fundamental technologies critical to the realisation of sustained hypersonic flight.

The HIFiRE team has already achieved some significant milestones such as the design, assembly and pre-flight testing of the hypersonic vehicles and the design of complex avionics and flight systems. More test flights are scheduled in the next two years.