Honing the Hornet’s sting with science 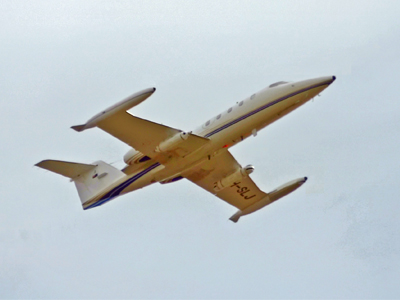 In the ever-evolving world of armaments, Defence Science and Technology Group (DST) research has been critical to ensuring the F/A-18 Hornet’s ASRAAM weapon continues to offer a capability edge.

The Advanced Short Range Air-to-Air Missile (ASRAAM) produced by the European aerospace consortium MBDA is in service with RAAF on its Classic Hornet aircraft and also on RAF’s Tornado and Eurofighter aircraft.

Guided by an imaging infrared seeker – effectively a video camera that images infrared light – ASRAAM is able to detect and track targets night or day. It is designed to hit opponent aircraft before they can fire their missiles, and may be launched at targets ‘out of sight’ at long range or behind the shooting aircraft. The missile is also equipped with sophisticated ways to defeat countermeasures.

Many of its exceptional abilities are attributable to the quality of the missile software. According to DST researcher Barnaby Smith, “The capability of the missile is driven heavily by the imbedded software that controls the missile interfaces to pilot and aircraft as well as the image processing functions and guidance during fly-out to the target.”

DST first became involved with ASRAAM in 1996 at a time when the missile was still in a relatively early phase of development, supporting trials undertaken from RAAF Base Edinburgh that formed part of the Australian Government’s selection process for a new air-to-air missile.

In 1998, a decision was taken to acquire ASRAAM. DST now began what became a continuing collaboration with UK government and industry to improve missile performance and to ensure it meets RAAF requirements in an evolving battlespace.

In the years before ASRAAM entered service with RAAF, the missile was seen to underperform in several key areas. DST worked closely with MBDA and the UK Ministry of Defence to assess the missile’s performance against contract requirements, taking the opportunity meanwhile to learn details of its software systems and to devise techniques for testing performance in challenging scenarios.

The primary means by which performance enhancements were achieved was through refining the missile’s system software.

By the time ASRAAM entered RAAF service in 2004, awareness had been growing in Defence circles of a need for an iterative software upgrade path to align the missile to Australian tactical requirements and to keep it ahead of evolving countermeasures.

In response, Defence established an ongoing software development program known as the Australian ASRAAM Software Support Capability (AASSC) that ran from 2005 to 2010. Embedded within DST at Edinburgh, AASSC comprised a collaboration of ASRAAM’s UK manufacturer with BAE Systems Australia, working directly with DSTstaff.

The aims of the work were set by RAAF Air Combat Group as a series of prioritised requirements.  DST worked closely with the AASSC to identify potential changes, undertook the initial R&D to investigate new algorithms and tested software both in the laboratory and in the air.

After 2010, software development was undertaken in the UK under guidance from DST with RAAF and RAF providing significant input through trials and test firings.

A key capability for testing the ability of ASRAAM to acquire, track and engage a target is the unique hardware-in-the-loop (HWIL) facility built by DST. The reasons for its establishment were to provide an alternative to expensive live firings for such testing, and to enable testing in greater depth.

The forward section of the missile is mounted on a 5-axis hydraulic motion table that can impart representative forces on the inertial systems to simulate the forces experienced by the missile in flight. The missile views an infrared scene projector fed with computer-generated images. A DST-developed scene generator (named VIRSuite) creates these images, flying the missile through a 3D world that is physically more realistic than the best Hollywood animations. This computer scene generator is now used in a number of laboratories around the world.

During HWIL experiments, operators control the missile in much the same way as a pilot does prior to launch. After launch the missile is autonomous and tracks to the target. Through these HWIL simulations, all missile functions both prior and post launch can be monitored. Up to a hundred can be performed each day, providing valuable data that cannot be obtained with live firings. A few live firings, meanwhile, are still required to verify the accuracy of results obtained with HWIL experiments.

Another way established by DST to study software performance involved the use of a Lear jet to carry the missile’s forward section in a purpose-made wing pod, which DST designed and built.

During choreographed encounters with target aircraft, ASRAAM operators on board the jet operated the missile via integrated video cameras and recorded data streams for later analysis. This enabled performance evaluations to be made of target acquisition and tracking when targets undertake aggressive manoeuvres, when flying against difficult backgrounds such as broken sunlit cloud and when flares are deployed as infrared-guided missile countermeasures. Researchers were able to run new and old software during the same flight to ascertain the level of improvement new versions offer.

The flight trial setup also featured an infrared camera mounted in a pod on the Lear jet’s other wing that made high-resolution recordings in several infrared wavelengths of what the seeker ‘sees’. This imagery has been used in laboratory testing and modelling and to verify the accuracy of the imagery generated by VIRSuite.

Another of DST’s tasks has arisen because of problems with development of the F-35 Joint Strike Fighter, first expected to enter service in 2013 but now not until 2020. This means that the F/A-18 Hornets and their ASRAAM weapons have had to remain in service longer than originally planned. When ASRAAM was acquired, it carried only a ten-year guarantee of serviceability – insufficient to see out the service life now required.

DST has thus undertaken work to certify that the missile is safe to carry and fire, which has involved calculating the vibrational and thermal conditions of carriage on F/A-18 Hornets and test-firings of rocket motors. ADF’s recent operations in the Middle East posed an urgent need for this work.

In another area of safety, a computer modelling Range Safety Template Tool was developed that has enhanced the efficiency of live firing exercises. By running mathematical simulations millions of times, the tool establishes the probabilities of a missile making ground impact at every point on a test firing range due to given missile system failures.

This offers a far more precise picture of risk than can be obtained through the somewhat cruder maximum energy boundary approach, thereby indicating a much smaller area being at significant risk of impact than would otherwise be determined. The upshot is that more adventurous live firing trials can be conducted on test ranges with restrictive boundaries.

DST’s work overall has resulted in a greatly improved weapon for RAAF with a significantly extended service life.

Three successive software upgrades have given the missile a more robust performance against a range of targets and countermeasures in difficult environments. They have also resulted in improved situational awareness for pilots and reduced their workloads.

In addition, DST has developed a world-leading trials and test capability and a depth of knowledge about missile operations that has assisted RAAF’s tactics development.

DST staff have received commendations from Chief of Air Force for both the software and safety work. Because of its unique missile study capabilities, DST has also gained recognition as an invaluable contributor to UK-Australian research efforts, and the excellence of its work has been acknowledged through MBDA UK Industry innovation awards made in 2013 and 2015.