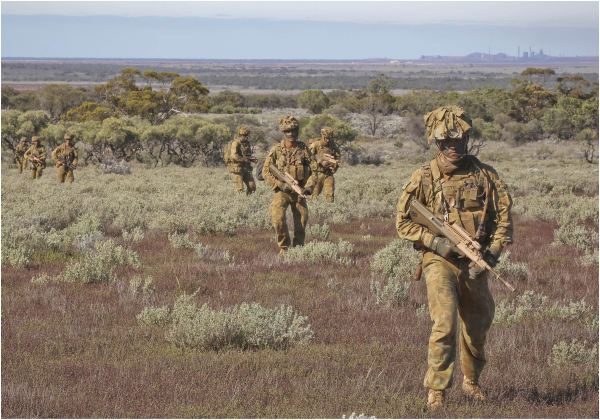 Enhanced human performance is one of the nine transformational technology areas to be developed as a priority under the Next Generation Technologies Fund. One of the first concepts to be developed under this priority area is the Fight Recorder.

Battlefield casualty survival rates are closely tied to response time and to tailoring systems that can better mitigate emerging threats. The Fight Recorder, conceived by DST Group, aims to significantly reduce the time taken to reach and treat battlefield casualties and to capture the information required to reconstruct the event. No such system exists at present.

The Fight Recorder is envisaged as a small, light and robust emergency beacon unobtrusively worn by the warfighter to capture the data required for meaningful incident investigation and provide first hand insight into the demands of military service in a deployed environment.

When the emergency beacon is activated (by the wearer or a medic) the device connects with low orbit satellites and transmits geo-location. This has a dual purpose – firstly to locate personnel in an emergency (e.g. for casualty evacuation) and secondly to recreate the motion and location of the individual during the event.

The proposed device aims to preserve the recent history of the ‘fight’ by recording dozens of parameters collected several times per second. The data gathered will allow the reconstruction of the warfighter’s gross body movement history and assist in post-event investigation.

Battlefield threats are continually evolving with new and unconventional weapons and the ability to reconstruct incidents will provide vital insights necessary to improve the protective systems of the warfighter.

When fully developed, the Fight Recorder may also provide benefits in other physically demanding occupations including emergency services and law enforcement.

Expressions of Interest are being invited nationally from industry and universities to develop the Fight Recorder concept into a workable product for Defence use.

Click here for more information and to submit your application.