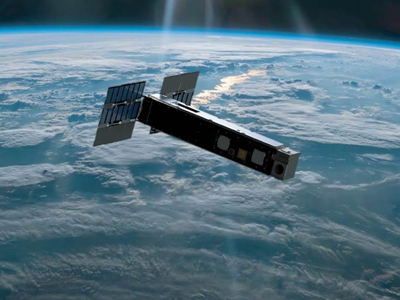 Australian satellites, including the miniaturised satellite SHARC, were on the successful launch of a re-supply mission to the International Space Station (ISS).

SHARC was carried to the ISS on an Orbital ATK/Cygnus OA-7 cargo craft launched by an Atlas V rocket, which departed early Wednesday 19 April from Cape Canaveral.

On its arrival the crew of the ISS will load the SHARC satellite along with other small satellites into the launcher later to be deployed into their own orbits by early July. SHARC will then be switched on and commence its year-long mission.

SHARC carries a GPS technology payload developed by UNSW (Sydney) and is integrated into the satellite by DST. It will conduct a range of experiments involving Australian facilities such as the Mount Stromlo Observatory in Canberra.

The experiments are aimed at increasing understanding of outer atmospheric effects on small satellites and improve our situation awareness of space.

Also on the same mission were other Australian satellites to be launched as part of the multi-national, multi-university QB50 program.