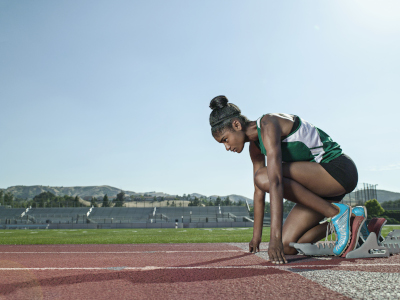 Military personnel operating in complex and stressful environments must draw on their mental as well as their physical capacities in order to achieve peak performance. The same goes for elite athletes facing intense pressure to run faster or jump higher than their competitors.

Physical fitness is well understood, relatively easy to measure and straightforward to improve through practice. But what it means to be mentally fit to perform at the highest levels is not so clear.

Defence Science and Technology (DST) researcher Dr Eugene Aidman has been working to better define the concept of cognitive fitness, and has introduced a research framework to guide the study of high-performance cognition.

This ground-breaking work is supporting the development of training techniques that have the potential to optimise the mental preparedness of soldiers and Olympic athletes alike.

So, what sorts of cognitive attributes are we talking about? Dr Aidman, who has a background in sport psychology and neuroscience, explains that the high-performance mindset is characterised by the ability to remain calm, focused and flexible in the face of adversity.

“Stress-management skills help you to stay calm, attentional-control skills enable you to focus, and mental agility gives you the flexibility to adapt to change,” he says, adding that these mental capacities could be promising subjects for study by cognitive fitness researchers.

Whether the goal is getting ready to fight the battles of the future or preparing to compete at the Olympic Games, researchers want to find out which of a wide range of cognitive attributes are most important in determining performance in these complex and unpredictable high-pressure environments.

And once researchers have determined which attributes are most relevant, they want to discover the extent to which each can be enhanced through deliberate practice, and how best to go about achieving improvement.

Writing in the journal Frontiers in Human Neuroscience, Dr Aidman describes how his proposed Cognitive Fitness Framework (CF2) could be used to organise all aspects of mental training.

While some cognitive attributes might respond well to training, others may be relatively hard to change. These inflexible mental capacities would need to be selected for – in the case of armed forces by implementing testing processes to identify individuals that already possess the sought-after capacities.

Then there are the attributes with a fluid nature that change across the span of a day, such as alertness. People naturally get sleepy and their capacity to handle a given task declines with increased tiredness, to name just one suboptimal functional state.

“We’ve done quite a bit of work with sleep-deprived soldiers, which made us acutely aware of how detrimental those fluctuating capacities can become if we don’t respect them,” says Dr Aidman.

CF2 can be used to inform three distinct types of application: enhancing training programs for attributes that are relatively flexible; improving selection processes for attributes that are relatively inflexible; and developing decision aids and fatigue countermeasures that enable people to perform as well as possible given challenging operational conditions (such as when they are sleep deprived).

Dr Aidman notes that there is some overlap between these domains, which reflects an emphasis on considering the extent to which a given attribute can be influenced, rather than simply categorising it as either responsive to training or not.

Some attributes might only be improved marginally with training. But when it comes to performance at the very highest levels, even a gain of five per cent or less might be considered worthwhile pursuing.

“Having those prospects quantified with rigorous scientific evidence is the essence of what we are doing,” Dr Aidman explains. “We are producing that evidence that will inform decisions about investment in future selection, training and operational support solutions.

Building on the introduction of CF2, the next step is a study being led by Monash University that is developing an international expert consensus on the dimensions of cognitive fitness using what is known as the Delphi method.

This work will strengthen the foundations of future cognitive fitness research efforts with the aim of enabling military personnel, Olympic athletes and others facing complex and stressful situations to perform at their peak.