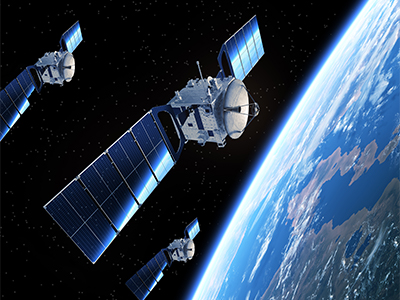 Constellations of small, smart satellites in low Earth orbit are set to open up a galaxy of opportunities for Defence.

Equipping space satellite clusters with an increasing level of autonomy requires the development of flexible and interconnected communications architectures and protocols. Defence scientist Dr Balachander Ramamurthy is leading a Defence Science and Technology Group (DSTG) team in collaboration with the University of South Australia (UniSA) that is investigating this emerging, rapidly developing field.

Dr Ramamurthy says the aim is to introduce some novel communications technologies in future space missions, extending what was available for DSTG’s inaugural cubesat mission, the Buccaneer Risk Mitigation Mission.

To create more resilient communications between satellites, ground networks and users, his team is investigating beamforming techniques using multiple antennas. Some of the recent ground-breaking developments in terrestrial communications systems such as 5G networks have come about as a result of what’s known as massive multiple-input multiple-output (MIMO) and cooperative systems.

The team is exploring how these technologies can be used with small satellite clusters in several ways including to securely task space missions for near real-time operations, and to enable an efficient network of active space sensors to process data before sending it back to a ground network.

Dr Ramamurthy expects initial studies will identify technologies, channel models and advanced signal-processing algorithms and architectures that will have strong alignment to Defence applications, with a vision to transition to proof-of-concept prototype demonstrations in subsequent project phases. Field trials and laboratory measurements will be undertaken to validate communication channel and device assumptions.

The project is being carried out through the SmartSat CRC research consortium, and brings together Defence scientists with experienced subject matter experts from UniSA. In line with the emphasis on partnering outlined in the More, together: Defence Science and Technology Strategy 2030, the first phase of this research will be assisted by postdoctoral researchers and PhD students, and then expanded to include industry participation to take the results further.

While space may be a relatively hospitable environment for communication, there being no attenuation as experienced when transmitting through the Earth’s atmosphere, there are plenty of technical issues to consider. For example, what antenna elements are best for achieving beamforming between multiple satellites and ground users? And what type of communications should be supported in a multi-satellite context?

UniSA team member Associate Professor Terence Chan will be proposing solutions for the space to ground links, with an additional focus on improving the security of those communications.

“This project will be challenging and interesting because the network is more complicated than the traditional point-to-point links we are familiar with,” says Associate Professor Chan.

“There are more complex algorithms required to control multiple antennas transmitting in multiple directions. To compound matters, a key consideration will be reducing the physical hardware that is being lifted into orbit. That means we want some form of hybrid beamforming – it will be a trade-off between performance and capacity. There are many things that need to be considered.”

Through Defence’s Resilient Multi-Mission Space STaR Shot, Dr Ramamurthy plans to demonstrate exemplar satellite communications to address effects and countermeasures. He says success will be measured by how many of the outcomes of this SmartSat CRC project eventually find their way into space to support Defence capabilities.