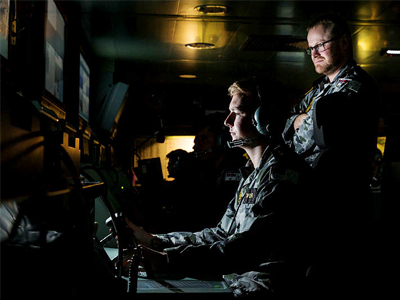 The branch also advises on the tactical networking of the air, maritime and land-based assets that comprise the ADF’s integrated joint force.

The branch plays a significant role in major Integrated Investment Plan air and maritime acquisitions and upgrades, including the Airborne Early Warning and Control system and Hunter Class Frigates.

The branch is comprised of three research groups:

The group seeks to optimise the integration of autonomous and human information assessment and decision-making across the automation spectrum from primarily human to fully autonomous.