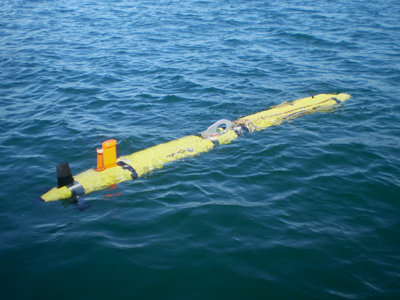 The Sonar Technology and Systems branch of Maritime Division is Defence's primary source of independent scientific and technical knowledge and expertise for developing, understanding and analysing the performance of undersea acoustic sensors and systems for the detection, classification, localisation and tracking of undersea warfare threats.

The branch is unique in that, unlike many other military sensing (sonar) technologies (e.g. radar), there is no equivalent widespread civilian industrial base to leverage and support the unique undersea acoustic sensing knowledge and capabilities required by the Australian Defence Force (ADF) to successfully conduct undersea warfare.

Our Submarine Acoustic Warfare Systems group encompasses a unique set of knowledge, skills and expertise focused on the detection, analysis and exploitation of the acoustic noise radiated by ships, submarines, etc.

We develop and assess computationally efficient methods for the timely and accurate classification, localisation and tracking of ships and submarines radiating acoustic noise into the ocean.

As the principal undersea sensing technology for submarines, passive sonar is fundamental to all submarine operations, current and future, and critical to the development of an indigenous 'acoustic warfare edge' for Australian submarines.

Our Surface Combatant and Off-board Sensor Systems group encompasses knowledge, skills and expertise associated with the techniques for projecting and sensing sound in the ocean and analysing the received 'echoes' in real-time to detect undersea objects, such as submarines.

This requires an understanding of the fundamental science and engineering behind acoustic sensors and real time sonar systems. It also entails understanding how to appropriately integrate these systems into military air, surface and sub-surface platforms and measure their performance at sea.

An important aspect is the development of novel sensors and sonar techniques for Anti-Submarine Warfare.

A key element of this group is the analysis of at-sea data to assess the performance of existing and proposed sonar processing techniques.