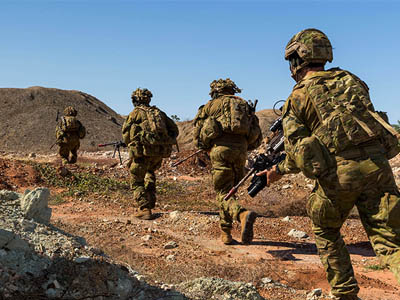 The Australian Army and DST are engaging human performance experts from around the country to enhance the performance of Australia’s soldiers.

Under the Human Performance Research Network, or HPRnet, Australia’s top researchers are focusing their efforts on improving soldiers’ performance, both physically and cognitively.

“Just as science and technology is pushing the boundaries of elite athletic performance, its application is vital to preparing and equipping our soldiers for their challenging roles” Dr Beagley said.

“Our human assets, our soldiers are the platforms on which our capability is based.  We want to be an army in which our soldiers use technology and equipment as tools to carry out their tasks, not one where weapons or equipment are the priority and are simply manned by soldiers,” he said.

“[Our soldiers] need to be able to out-think and out-perform their adversaries.”

For Brigadier Mills, the research conducted under HPRnet fills a critical gap.

“Army is focused on quality assurance – improving our soldiers’ performance through training and education.  Therefore the conduct of research into human performance and the development of humans is a gap that Army recognises and an area that is vital to the future development of Army.”

“We already have some of the best soldiers in the world, but we owe it to our men and women in uniform to support them in excelling as warfighters,” he said.

$4 million will be invested over four years under HPRnet.

Others interested in participating in HPRnet are encouraged to attend the inaugural HPRnet Symposium at the University of South Australia on 8 November.  This event, timed to co-incide with the Defence Human Sciences Symposium, will provide an opportunity to hear about the research being undertaken under HPRnet and opportunities for involvement.

More information about HPRnet can be found on the DST website.