'Black Box' for soldiers to capture crucial data on the battlefield 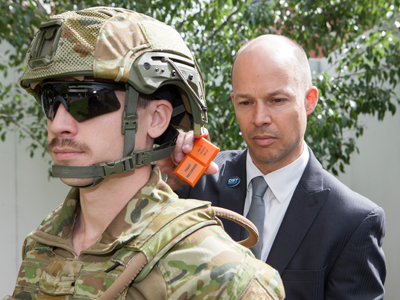 Minister for Defence Industry, the Hon Christopher Pyne MP, today announced that collaboration between Defence and industry will develop the equivalent of a Black Box for soldiers, known as the ‘Fight Recorder’.

The two industry partners will receive $700,000 from the Next Generation Technologies Fund which launched in March this year, to fully develop this product.

Minister Pyne said the Fight Recorder would be a soldier-worn system aimed at capturing valuable data on the battlefield, and would act as an emergency beacon to reduce the time taken to reach and treat battlefield casualties.

“In addition to serving as a location beacon, the data captured by the Fight Recorder could be used to inform the design and performance of soldier equipment and protective wear.

“Start-up telecommunications company, Myriota and wearable technology company IMeasureU, were selected from forty-seven quality industry and university applicants from across Australia and New Zealand to develop the Fight Recorder.

“Defence will work closely with these companies to help deliver this world-first innovation.

“Once again our local small and medium enterprises have demonstrated they are well placed to deliver Defence innovation,” he said.

When fully developed, the Fight Recorder could provide benefits in other physically demanding occupations including emergency services and law enforcement.

More information on the Defence Innovation System is available on the Centre for Defence Industry Capability website.