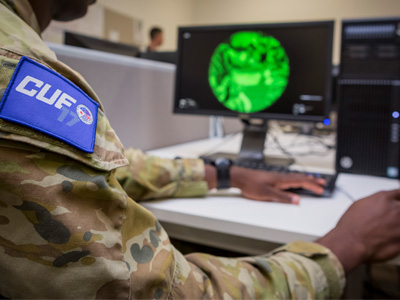 The Contested Urban Environment trial was the national winner of the Professional Services category at the recent Australian 2018 Project Management Achievement Awards.

"To successfully conduct a full-scale trial with hundreds of soldiers and Defence scientists in the Adelaide CBD is quite an achievement," Minister Pyne said.

Held in November 2017, the trial investigated emerging technologies that have the potential to enhance intelligence, surveillance and reconnaissance capabilities in urban environments where future wars are likely to be fought.

The trial was conducted under the Five Eyes Technical Cooperation Program and involved 100 Australian military personnel and more than 80 Defence researchers, technologists, industry and academic partners from the United States, Canada, the United Kingdom, New Zealand and Australia.

"The trial not only demonstrated Australia's ability to stage a complex exercise of this scale but achieved valuable research and technology outcomes that will serve us well for future urban warfighting," Minister Pyne said.

More information about the Contested Urban Environment trial is available at www.dst.defence.gov.au/cue17.