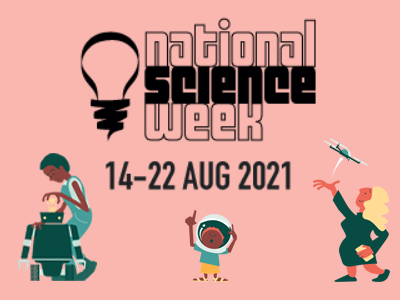 This National Science week we celebrate the STEM Force!

Behind every great Defence Force is an army of scientists, technologists, engineers and mathematicians, all working to ensure that those on the front line have the best technology, knowledge and know-how to outwit, outperform and outsmart our adversaries. Our own ADF is no different.

This National Science Week, we celebrate the STEM professionals in the Defence Science and Technology Group (DSTG) and across Defence and reflect on their contribution, not only to Defence but to the country more broadly.

The STEM force in action

Australia’s Defence scientists are critical to Defence capability. If a soldier wears it, uses it, eats it, thinks it or has to defend against it, there’s every chance a Defence scientist has done the science behind it.

As CDF explains, “The modern world is consumed by science and technology, in everything we see and we do and we touch. If we don't have people who understand it deeply and understand the possibilities and potential of it, then we're not going to build a modern Defence Force that is as capable as it should be.” 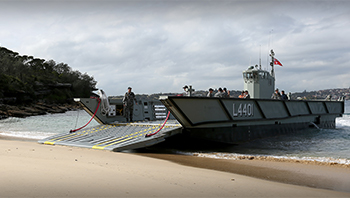 Due to limited technical performance data, the conditions in which Navy could operate the LHD Landing craft (LLC) were limited, significantly impacting its operational capability. Experts from DSTG were able to generate hard data demonstrating how the landing craft would perform under a wide variety of sea conditions with different cargo weights. The data showed that the RAN could confidently use the LLC to carry up to 60 tonnes of cargo in Sea State 3, proving its capacity to load and transport not only current but also future land vehicles, future-proofing the capability and providing a force multiplier for amphibious forces.

Helping to predict the spread of COVID

A tool developed by disease modelling experts at DSTG and the University of Melbourne to forecast outbreaks of influenza is being used to help health officials forecast the spread of COVID-19.

World-leading over the horizon radar capability

Under a program called REDWING, DSTG scientists worked closely with Australian industry and other parts of Defence to design and develop an ingenious system to protect soldiers against Radio-Controlled Improvised Explosive Devices. The life-saving devices were provided to the Afghan National Defense and Security Forces, enabling them to operate confidently in a high-threat environment.

A team of operations analysts from DSTG conducted a rapid study of the Department of Health’s Vaccine Operations Centre to understand where efficiency and performance gains could be achieved.  This study resulted in a number of recommendations that were proposed and accepted by the Department and are currently in the process of being implemented. 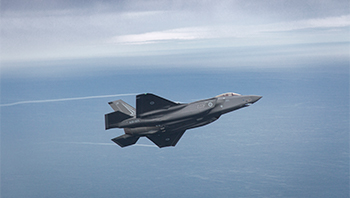 The F-35 Joint Strike Fighter is a true fifth generation capability, characterised by stealth, advanced sensors, data fusion and networked communications. Every element of this capability is enabled by science and technology. Thanks to experts within DSTG and across Defence, Australia has been able to inject its scientific and technical expertise to enhance the mission effectiveness, safety and affordability of the air system.

Australia’s Defence scientists have contributed to virtually all aspects of the F-35, most recently leading the development of software tools that enable weapons to be safely carried and deployed with a substantially reduced requirement for expensive flight testing.

Visit our National Science Week page to meet some ‘Faces of STEM’ in Defence and to access our education kits exploring the science behind combat ration packs.