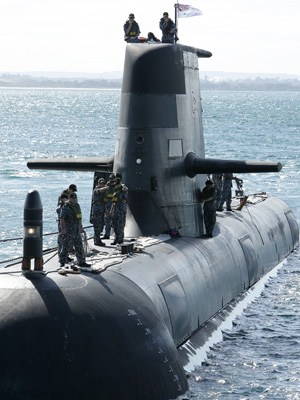 The schedule provides for the replacement combat system to be introduced progressively, in conjunction with the Replacement Heavyweight Torpedo, as part of a submarines' routine docking program from 2005 through to 2018.

The RCS Project replaces some, but not all, of the legacy components of the Collins Combat System, with the core of the RCS being the US Navy Tactical Command & Control (TCC) sub-system consisting of the AN/BYG-1(V)8.

This is an on-going program (a Spiral Development) with the United States Navy that sees the TCC being updated on a regular basis to account for obsolescence management (the system is COTS based).