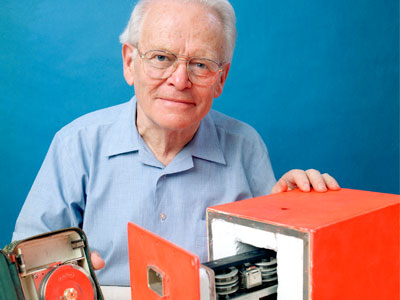 Defence and the Australian scientific community is mourning the death of Dr David Warren, inventor of the Black Box flight data recorder, who passed away on 19 July at the age of 85.

Born in 1925 at a remote mission station in far north-east Australia, Dr Warren served as Principal Research Scientist at the Defence Science and Technology Organisations’ Aeronautical Research Laboratories (ARL) in Melbourne, from 1952 –1983.

Early in his career, he was involved in accident investigations related to the mysterious crash of the world’s first jet-powered aircraft, the Comet, in 1953.

He advocated the use of a cockpit voice recorder as a useful means of solving otherwise inexplicable aircraft accidents. He designed and constructed the world's first flight data recorder prototype at the ARL in 1956. This device became known as the ‘black box’.

It took five years before the value and practicality of the flight data recorder concept was realised and further five years until authorities mandated they be fitted to cockpits in Australian aircraft. The modern-day equivalent of Dr Warren’s device, installed in passenger airlines around the world is a testament to his pioneering work. It is now also used in other forms of road transport to capture information in the lead-up to accidents.

Dr Warren’s flight data recorder has made an invaluable contribution to safety in world aviation.

In November 2008, Qantas announced that they had named an Airbus A380 aircraft after Dr Warren in honour of his contribution to aviation.Dr Warren was one of only two aviation pioneers who were there to see the unveiling of the names that would grace the new fleet.  His name will join such aviation luminaries as Sir Charles Kingsford Smith and Nancy-Bird Walton in adorning one of twenty new planes.

Among many awards during his career, Dr Warren and his team also received the Lawrence Hargraves award in 2001 for their work on the Black Box flight recorder. DSTO’s auditorium at the Fishermans Bend laboratory where he worked has been named after him.

David Warren is survived by his wife Ruth, four children and seven grandchildren.