Investment in Defence innovation paying off 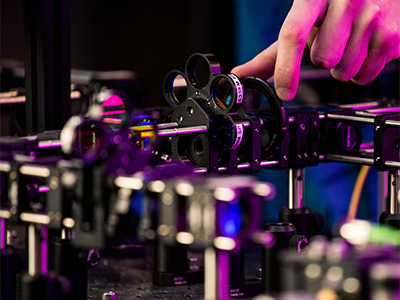 Australian researchers achieved a stellar result in the inaugural Global-X science challenge, an international research accelerator program run by the US Office of Naval Research (ONR) Global, with Australian teams behind two of four projects selected for funding.

The program is aimed at discovering and advancing science and technology for future naval capabilities.

Western Sydney University and RMIT University were behind the two successful Australian projects, each earning a share of the AUD 1.1 million in funding.  They now have nine months to demonstrate how their novel technologies could revolutionise naval capability.

Chief Defence Scientist, Professor Tanya Monro described the Global-X result as ‘outstanding’ and a reflection of the quality of research that is taking place within university faculties and research labs across the country.

‘It shows that Australian research can absolutely compete on the world stage,’ she said.

‘It also demonstrates that we have researchers in this country who are connected with Defence and highly attuned to the strategic needs of the military.’

‘As a result, their research is closely aligned to Defence priorities.’

‘We received over 300 whitepapers, and there were many great ideas among them,’ she said.

Of 385 whitepapers received from around the world, 11 teams were invited to submit formal full applications. Out of these, four projects were awarded, with two of those being led by the Australian teams.

‘The proposals from Western Sydney University and RMIT were two of the most innovative, technically strong, and naval-relevant research plans we received,’ she said.

Australia’s global success has largely been attributed to four years of targeted investment in the Defence innovation system which has seen Defence engaging more closely with academia and industry.

Initiatives such as the Next Generation Technologies Fund and the Defence Innovation Hub that were launched in the 2016 Defence White Paper have fundamentally changed how Defence engages with the innovation sector across academia and industry. These initiatives are transforming how Defence-related research is undertaken in Australia.

While partnerships between Defence and industry are nothing new, the nature of these partnerships has changed.  No longer largely transactional, partnerships have been replaced by enduring collaborations, with the research and development sector now formally recognised as an integral contributor to Defence capability.

Both RMIT and Western Sydney University are members of state-based Defence research and innovation networks; the Defence Science Institute in Victoria and the Defence Innovation Network in New South Wales respectively.  These networks, together with others around the country form the Australian Defence Science and University Network (ADSUN).

Professor Adrian Pearce, Director of the Defence Science Institute in Victoria sees the role of the state-based networks as hugely beneficial for researchers across the country.

‘Australia has world-class capabilities in the defence R&D space and for ADSUN, success in programs like Global-X shows how important our support of that capability and collaborations is, and demonstrates the value of our activities such as seed funding, workshops, promotion and connection with the defence community,’ he said.

‘Fostering close partnerships between our research institutions, industry, Defence and in particular our close allies in the United States, has proven that Australian innovation not only punches above its weight but leads the world,’ he said.

RMIT University has had involvement in a range of Government innovation programs over a number of years, including support from the Australian Research Council (ARC), the Defence Science Institute (DSI) in Victoria, the Next Generation Technologies Fund (NGTF) and most recently, the Global-X challenge.

Professor Brant Gibson of RMIT University and project lead of the successful Global-X project, said that support from a broad range Australian Government innovation programs has been highly beneficial.

‘We are extremely grateful for their contributions.’

Global-X is illustrative of the different approaches that militaries around the world are taking to discover new and novel game-changing technologies.

There is widespread recognition that the best and brightest ideas are not restricted to military research facilities alone and that nations need to harness the knowledge and expertise of the entire research and innovation community to successfully deliver breakthrough technologies.

In Australia, this new way of thinking has been formalised in the Defence science and technology strategy, More, together.

Architect of the strategy and the person responsible for implementing it, Professor Monro sees Defence’s partnerships with industry and universities as integral to giving Australia a technological and capability edge.

‘Focusing our national science and technology enterprise on high priority Defence research will ensure that our military men and women are equipped with the best technology and informed by the best research.’

‘That’s what the ONR Global is seeking to achieve with Global-X, and that is what our More, together strategy will deliver in Australia.’

For more information about the successful Australian Global-X research projects go to: