Agile Command and Control at ADSTAR 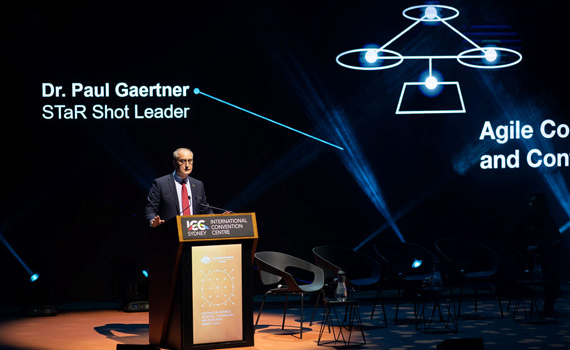 More than 90 people from Defence, industry and academia attended the Agile Command and Control Conference in Sydney on the eve of the ADSTAR Summit 2022.

Dr Paul Gaertner, STaR Shot leader, began the full day program by outlining the significance of command and control innovation for the ADF of the future. A unique Commander's perspective given by invited guest speaker, Major General (Retired) Professor Adam Findlay AO, highlighted the contemporary challenges in Mission Command yet to be met. Key insights into the STaR Shot's research direction and achievements were then provided by Deputy STaR Shot lead, Dr Duncan Fletcher, and Line of Effort leads, Dr Alex Kalloniatis, Dr Jayson Priest and Mr Hing-Wah Kwok. Audience questions prompted a lively panel discussion to finish the morning session. During afternoon workshops, conference attendees and STaR Shot team members explored the application of Artificial Intelligence and Digital Twin technologies to command and control operations. A networking event at the close of the conference provided opportunity to pursue discussions and strengthen connections made during the day. The success of the conference will support the upcoming launch of an online Agile Command and Control community.

During the ADSTAR Summit, the one-hour interactive Wargaming Experience presented by the Agile Command and Control STaR Shot were popular sessions to attend. Nearly 200 people participated in the simulated command and control experience and gained firsthand insight into this aspect of the STaR Shot's experimental work. Dr Alex Kalloniatis and Dr Wes McTernan led attendees in an interactive exploration of how teaming factors can influence the agility of command and control structures. Delegations from both Singapore and the United States were keen observers of the simulation in action, and many attendees were eager to engage in discussions with the STaR Shot team after their wargaming experience. 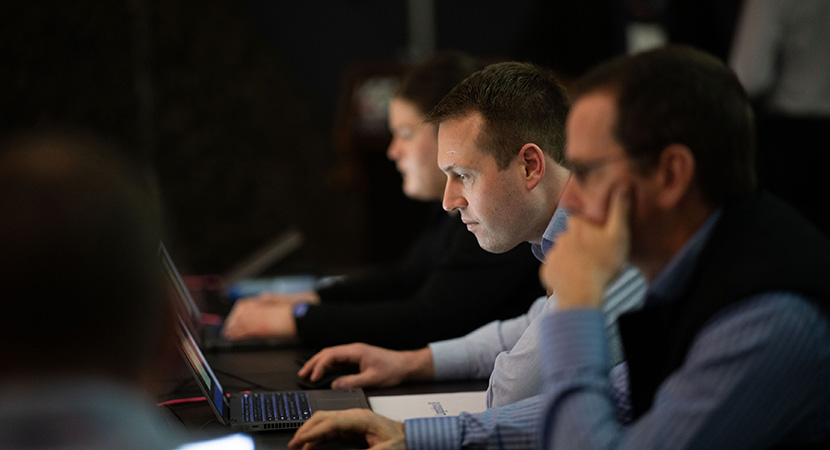 The Agile Command and Control STaR Shot leadership were also notable participants in other parts of the ADSTAR Summit program. Dr Paul Gaertner presented at the STaR Shot plenary session and contributed to the panel discussion on stage. Paul, Dr Jayson Priest and Mr Hing-Wah Kwok were invited Chairs for concurrent sessions on Resilience in Contested Environments, and Artificial Intelligence for Defence. Alongside these formal roles, the STaR Shot team engaged in many valuable meetings with colleagues from Defence, industry and academia that will help to progressing the STaR Shot's research work and achievements.

How to join the Agile Command and Control Community

If you would like to keep in touch with future Agile Command and Control STaR Shot events and opportunities – we want to hear from you.

You can get in touch with us by completing and submitting an enquiry through the How to get involved page.