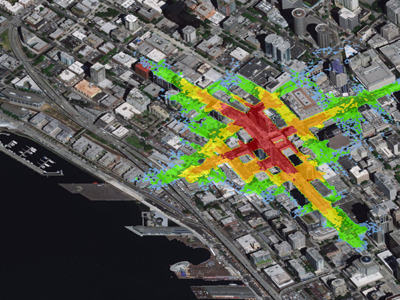 Defence is seeking expressions of interest from Australian research partners to contribute as advisors to the co-design, implementation and quality assurance of the 'Operating in CBRN Environments' STaR Shot' research program.

The threat of Chemical, Biological, Radiological and Nuclear (CBRN) attacks against military forces and civilian populations is growing.

State and non-state actors are increasingly willing to use these indiscriminate methods, and knowledge of CBR agent manufacturing processes is proliferating. The ADF has the ability to survive the surprise created by CBRN weapons and improvised CBR devices, but there is a need to do more.

Our forces must be able to respond faster and more flexibly to CBRN events; achieve enhanced situational awareness; and manoeuvre safely, effectively and unimpeded in complex contaminated environments for prolonged periods of time. For this reason, a new ten-year Science, Technology and Research (STaR) program has been initiated by the Australian Department of Defence: the Operating in CBRN Environments (OCE) STaR Shot.

To meet its ambitious innovation targets, the OCE STaR Shot intends to create a Community Advisory Group that will be engaged in activities relating to the development, implementation and quality assurance of the STaR Shot research and innovation program.

Participation in the Community Advisory Board does not disqualify the participating organisation from involvement in other STaR Shot activities.

Operating in chemical, biological, radiological and nuclear (CBRN) threat environments is arguably the hardest assignment that warfighters have. Not only do they have to perform strenuous tasks such as keeping adversaries at bay or supporting civilians in the aftermath of a disaster, they have to do these tasks in the presence of dangerous and invisible threats that spread rapidly and widely if uncontained.

Unfortunately, there are two major concerning trends. Firstly, it has become more likely that some state actors and non-state actors are willing to use CBRN agents despite the various international bans on the proliferation and use of weapons of mass destruction. Secondly, it is becoming increasingly easier to manufacture these threats.

These concerning developments are the reason why the Operating in CBRN Environments (OCE) STaR Shot has been created.

The OCE STaR Shot is a research and innovation program that aims to develop, integrate and demonstrate technologies that will enable the Australian Defence Force to operate in environments in which CBRN threats may be deployed by our adversaries. Given this aim, activities which the STaR Shot seeks to stimulate and sponsor within the Australian science, technology and innovation community cover a broad range of problem domains all of which will benefit from advancements in research and technology.

This call for Expressions of Interest is seeking Australian research partners to contribute as advisors to the co-design, implementation and quality assurance of the OCE STaR Shot’s research and innovation program.

Defence is seeking to build, through partnership with Australian universities, research organisations and industry, an expanded Community Advisory Group to assist with the ongoing development, implementation and quality assurance of the research and innovation activities for the OCE STaR Shot.

The Defence Science and Technology Group (DSTG) is proposing to engage with the partners through an ongoing advisory arrangement comprising a group of suitably qualified and driven partners. The preferred outcome is a multi-party approach to contribute in the areas of program co-design, generation of white papers, and to assist with the development, quality assurance and evaluation of complementary programs and activities. It is expected that Community Advisory Group partners have strong capabilities and existing research programs that could support innovation efforts in one or more of the following OCE areas:

It is expected that the Community Advisory Group will be able to identify activities which would lead to longer term mutual benefits.

This call for Expressions of Interest is a unique partnering opportunity being offered by DST Group that aims to develop a Community Advisory Group to co-design capability specifically in relation to the OCE STaR Shot.

DSTG is interested in fostering and building an enduring relationship with an appropriate partner. As such, the following will be considered desirable when assessing Expression of Interest submissions:

Multi-Party agreements under the Defence Science Partnering Deed for universities, or via the appropriate MOU instrument where the partners are from research organisations or industry.